Trained in classical ballet (RAD) from the age of 4, at 14 Laura became a member of the Perth City Ballet Youth Company, touring Scotland and the U.K as part of the Aberdeen International Youth Festival of Performing Arts.

Laura began studying Flamenco and Spanish Classical dance in 1985, initially in Perth with Deanna Blacher, then in Canberra with Gunta Hamra and later with Charito Saldana, Ana Romero and Mario Orbitani in Melbourne. She then moved to Sydney to study under Antonio Vargas (Strictly Ballroom). Laura joined The Antonio Vargas Flamenco Dance Theatre Company and performed in many productions including Garcia Lorca’s ‘Chronicles of a Death Foretold’ and Harvey Goldstein/Vic Opera’s international production of Carmen in Sydney and Melbourne. She then went on to study intensively in Spain with Master Teachers including Carmela Creco, La Tati, Ciro, Sara Baras, Rafaela Carrasco, and classical Spanish under Paco Romero in Madrid.

Laura has performed extensively in theatre productions, festivals and corporate events throughout her career. Highlights include the Melbourne Festival of the Arts, Latin Summer at the Arts Centre, Brunswick Music Festival, Port Fairy Festival, La Casa De Bernanda Alba at the Malthouse Theatre, and Suena Flamenca – a collaboration with flamenco artists from Sydney Melbourne and Spain. 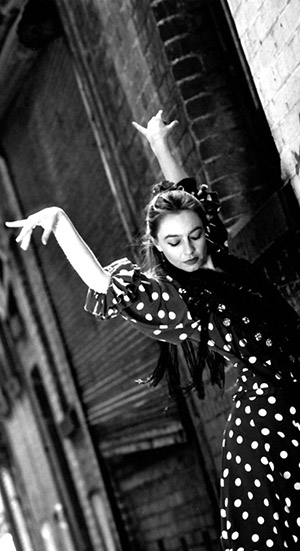 She played the role of gypsy Flamenco Dancer in Carmen with Opera Australia in 2009, 2010 and was Dance Captain in this production in 2014.

Laura was guest Choreographer and Flamenco teacher for Chunky Move Contemporary Dance Company in their production of ‘Wanted – Ballet for A Contemporary Democracy’.

In addition to her own classes Laura regularly hosts guest teachers from Spain to conduct workshops for students and teachers to further develop their knowledge and skills in the art of Spanish Dance and Flamenco.

Laura is a qualified teacher with a B.A and Dip Ed from ANU and LA Trobe University. She also teaches music and dance to children in schools and kindergartens around Melbourne. 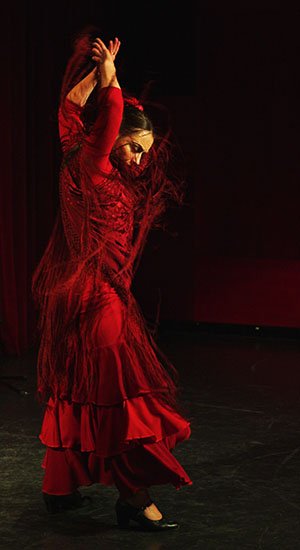